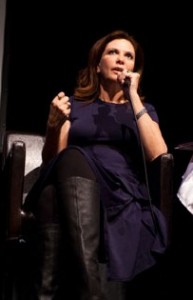 Ivana Chubbuck is the founder and director of the Ivana Chubbuck Studio and creator of the cutting edge and widely adopted Chubbuck Technique, which has been used in Oscar winning and nominated performances. In her own words, “The difference between the Chubbuck Technique and those developed in the past is that I teach actors how to use their emotions not as an end result, but as a way to empower a goal.  My technique teaches actors how to win.”

There are 26 ongoing classes (12 in-studio and 14 online geared toward international students) ranging from introductory to master level classes. The Studio maintains a focus on producing and nurturing actors, writers, and directors in a rigorous professional environment. It is our mission to empower our students with the tools to become successful and to make empowered and proactive choices in their work.

Some of the actors Ivana has worked with during her 35-plus year career include Academy Award winners and nominees:

Ivana’s students are well represented at the Academy Awards, Emmys, Tonys, Critics’ Choice, and many other international movie, television, and theater awards. Her work with Judith Light on Broadway garnered Ms. Light two consecutive Tony Award wins, the first time in the history of the Tonys that has ever happened. She has also worked with:

…and a host of many others. In addition to working with actors, Ivana works with Hollywood’s premiere directors and writer/producers.

Ivana Chubbuck is the author of the best-selling book The Power of the Actor, published by a division of Penguin Books (Gotham). The book has been translated into 20 languages.

Ivana often holds seminars and workshops internationally, and has been a guest teacher at the prestigious Beijing Film Academy, China’s Dome Academy, and The Juilliard School.

She has been given the high honor of being called this century’s Stanislavsky by the Russian press and actors’ community. Ivana was also honored by The Russian International Film Festival with a lifetime achievement award for her contributions to the film industry alongside Leonardo DiCaprio, William Friedkin, and Francis Ford Coppola. 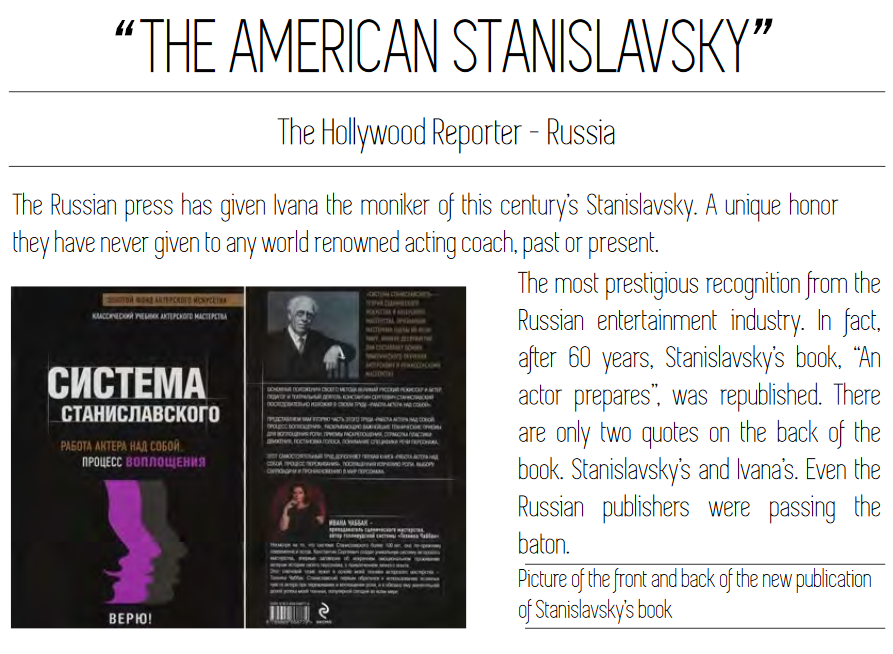